It’s actually been a while since I last did a Let’s Talk or at least it feels like it’s been a while. So take a seat, grab a drink, get yourself a block of chocolate and hug a pet or plush animal of some sort and settle down for a heart to heart chat. XD

So some of you may have noticed the lack of on-time blog posts, or the lack of content being released at all. I’ve released the first two parts of my short story, Luna Tide, and a  couple of other bits and pieces, however not much else has been written.

Currently my life has been hectic to say the least, I have so much happening and it doesn’t seem to be letting up any time soon. My blog has been my main focus for the last year and it has allowed me to become more creative, share my work and honestly helped me combat depression through a hard time in my life.

I don’t usually talk about serious things like depression and things since I’m honestly more positive kind of person. It’s weird to say but on the outside and to others I’m positive and happy, however inside, in my personal time, I’ve faced fear, uncertainty and anxiety. 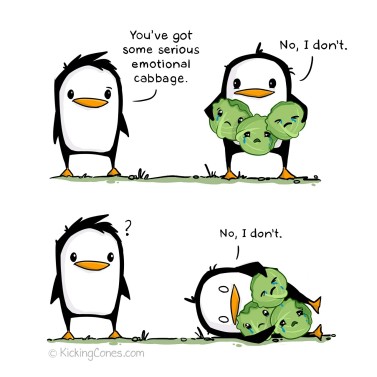 It’s just a time of change… big change. I’ve never faced so much stuff happening in such a small amount of time. If you haven’t seen my other posts, I started 2017 off with a plan to apply for a writing course for this year. I ended up deciding to apply for a Diploma of Professional Writing and Editing. So I went to an interview and passed their tests with flying colours and was accepted into the course. I was so excited! However it was a sudden decision and everything moved quickly. I thought I’d study and then suddenly I’d been accepted and it was a happening thing. It was kind of crazy…

I currently live two and a half hours away from where I’m going to be studying, and since it is a full time course ofcourse I’ll be moving. I’ve never moved before, because circumstances left me with only temp work and nothing steady enough to rent my own place. I only know four people in the new town, I’m moving to and it will all be new.

“But people move to the city and away to study all the time, it’s nothing new, Shadow.”

I know that, but it scares me so much. I’m not only scared though, I’m super dooper excited. I’ll be making more writing friends and connecting with those in my class. I’ll be part of a new community and it will be doing something I love. That still doesn’t mean that I don’t wish I just had Howl’s Moving Castle… it would make things much simpler.

So my absence or let’s just call it a partial-absence, is not on purpose but for a combination of reasons.

So if I don’t seem to be very active, I’m still here… just super busy!! I also get around to other peoples blogs super late, so I’m sorry if I like your stuff two days after you post it. XD Well I have to go and get some other stuff done, but I hope this update interested you?? I dunno. 😀

As always you guys are AWESOME!!!

I'm an aspiring writer and absolutely love imagining up adventures and new lands to write about. ____________________________________________ Copyright ShadowSummit 2016. Unauthorized use and/or duplication of any material on 'Tales of Ryllia', without express and written permission from this site’s author and owner is strictly prohibited. Excerpts and links may be used, provided that full and clear credit is given to the author with appropriate and specific direction to the original content.
Megha Bose

A peek into Megha's mind

A World of its very own

A bit of both worlds

"I'm just a dreamer wishing to escape by writing my own fate and destiny."

Tales of humour, whimsy and courgettes

Blend In With The Shadows To Affect The Light

The Hub for Just Kids' Lit

mostly books * some other stuff * too much sugar

I have fallen in love with Korean Music and am on a quest to share that passion.